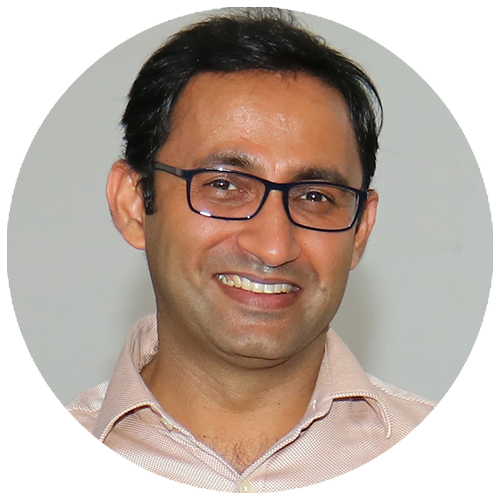 Santanu obtained his B.Sc. (Chemistry Hons.) from Ramakrishna Mission Residential College, Narendrapur (2000) and M.Sc. (Chemistry) from Indian Institute of Technology, Kanpur (2002). After earning his Ph.D. (summa cum laude) in 2006 working with Professor Albrecht Berkessel at Universität zu Köln, Germany, he worked as a postdoctoral fellow with Professor Benjamin List at Max-Planck Institut für Kohlenforschung in Mülheim an der Ruhr, Germany (2006-2008) and with Professor E. J. Corey at Harvard University, USA (2008-2010). In 2010, he returned to India to take up an Assistant Professor position at the Department of Organic Chemistry in Indian Institute of Science, Bangalore. He was promoted to Associate Professor in 2015 and Professor in 2021.

Santanu is a recipient of the Thieme Chemistry Journals Award (2011), the Indian National Science Academy (INSA) Medal for Young Scientist (2014), Chemical Research Society of India (CRSI) Bronze Medal (2019), A. V. Rama Rao (AVRA) Young Scientist Award for the year 2019 and most recently, the Science and Technology Award for Research by Science and Engineering Research Board (SERB-STAR) for the year 2021. In 2018, he became a Fellow of the Royal Society of Chemistry, London (FRSC). He is an Associate Editor of Organic & Biomolecular Chemistry (RSC) and a member of the Editorial Advisory Board of the Journal of Organic Chemistry (ACS).