Comparison of Constant Volume and VAV

We would like to compare the advantages and disadvantages of using a VAV system for fume cupboards compared with using standard face and bypass constant volume fume cupboards.

This can be divided into several areas:

A) Safety of the Operator

A conventional face and bypass fume cupboard will consume a constant volume of air regardless of the position of the sash. Most fume cupboards are designed to operate with a face velocity of 0.5 m/sec with the sash at the max., safe working
height (e.g. 500mm). The bypass arrangement on a standard fume cupboard is an open area above the sash, which begins to open when the sash reaches a particular position as it is lowered. The reason for the inclusion of this is to reduce the face velocity under the sash, as the sash is lowered. (A smaller open sash area for a constant volume extract will result in higher face velocity.) It is not practical to have a bypass opening, which is equal to the sash opening at 500mm, due to constraints on the height of the fume cupboard. Therefore, most fume cupboards will produce a face velocity of between 1.0 to 1.5 m/sec in the closed position.

It is recognised that loss of containment can occur on a fume cupboard if the face velocity goes too low or too high (due to turbulence). The higher face velocities on a face and bypass fume cupboard occur when the sash is closed down, i.e. a small open area, and do not cause any containment problems.

Problems can and do occur however when the sash is open to 500mm.

Using a conventional constant volume system requires the extract system, air supply plant and heating/cooling plant to be sized at 100% as described above.

Using the VAV system, the volume extracted from each fume cupboard is reduced by up to 85% as the sash is closed. It is, therefore, possible to apply a diversity factor to the extract and air supply systems, with the resulting reduction in plant size and capital costs.

Most new fume cupboard installations can
utilise this diversity, the main exception being
teaching labs in universities or colleges where all the students open the sash at the same time. The most commonly used diversities are 50 – 60% on the extract systems. The choice of the value of the diversity factor depends upon how the fume cupboards are to be used.

However, when deciding on the method of operation, consideration should be given to the fact that the face velocity and containment factor of the fume cupboard only relates to light air-borne particles; but it is the toughened glass in the sash, which protects the operator against splashes or heavy particles. (It is, therefore, recommended to operate the fume cupboard with the sash closed as far as possible).

If, for example, a diversity factor of 50% was selected, this would mean that the fume cupboard sashes could be open in any combination up to an equivalent value of 50% of all sashes fully open. If the figure was exceeded, the face velocity alarm on the VAV controls would operate to inform the operators to close some sashes. Utilising an automatic sash closer, which closes the sash when the operator is not present, increases the diversity level which can be used, and also protects the general laboratory staff, who may be passing a fume cupboard with an open sash when a problem occurs within the chamber.

Using the example of 50% would result in a reduced size extract fan and ductworks, reduced extract fan running energy, a reduced size air input unit (A.H.U.), and associated ductwork and heat generation or cooling plant. In addition, there would be savings on the installation and building works, due to reduced size ductwork.

Even if the extract system is designed with no diversity, it is a standard practice to reduce the size of the air supply system to approximately 70%, since there will be a natural diversity on the extract due to the usage.

The reduction in capital cost can be off-set against the additional cost of the VAV system equipment.

It should also be noted that a conventional face and bypass fume cupboard will require an alarm system. These alarms are incorporated with the cost of the VAV controls.

Since the extract air from fume cupboards is contaminated, it is necessary to provide replacement air which is drawn from outside the building and heated / cooled to give ventilation and comfort levels within the lab.

The energy consumed to heat or cool the ambient air is given by a simple formula, and the total energy can be expressed in kWh over a year, by multiplying the average energy consumption by the number of operating hours per year.

To calculate a pay-back period, it is necessary to multiply this annual energy consumption, by a cost per kWh to give an annual running cost.

For heating the standard figure used in the U.K. and Europe is £0.10 per kWh. This figure is intended to represent the true cost of producing the energy. The figure is determined from several components which include direct fuel costs, plant depreciation costs, plant maintenance costs, and plant efficiencies. The combination of these factors will vary, depending on, for example, the type of heat source used, and would need to be considered as a whole. Using electric heating for example, would typically have a higher direct fuel cost. but lower maintenance and depreciation. Using a LPHW system and gas-fired unit, would have a lower fuel cost but higher maintenance and depreciation. Other factors, such as existing plant capacity and future expansion will also have a bearing on the choice and cost breakdown of the energy costs.

The figure used for air conditioning cooling tends to be higher per kWh than for heating. Again the true cost for the cooling will depend on the type of plant used. Direct expansion DX coils tend to be the lowest cost, but can present problems with temperature control as relatively large steps are switched on/off. Chilled water systems allow full modulation of the cooling but the plant efficiency is lower, the plant is larger and the system installation which includes the cooling pipe work is larger.

Once the “true cost of the energy” has been established, then an accurate annual cost can be determined. (Note: in today’s environment some consideration should also be given to the environmental effects of using fossil fuels to produce energy.)

Standard conventional constant volume fume cupboards will require a 100% energy input and the running costs can be readily calculated.

Using the VAV system has been shown to produce energy consumption reductions of up to 65% over a year. Using a diversity figure of, say 50% would not increase this value, but would give a guaranteed saving of 50%.

After consideration of the above most installations show a pay-back period of 12 – 18 months based on operation during normal working hours. In some cases the capital cost savings by using a diversity have been greater than the costs for the VAV system; particularly where the decreased plant size results in a smaller plant room and associated building costs.

In general, most new installations where fume cupboards are grouped on a common extract system are utilising a VAV control system. There are a wide variety of reasons for doing so, such as operator safety, capital costs, running costs, available space for plant and ducting etc., or a combination of reasons.

Another benefit of using the VAV system is that it allows for future expansion. Additional fume cupboards can be installed, using the same extract and air supply plant by increasing the diversity factor of the installation.

The VAV system has been proven to be the most economic system giving long term stability and trouble-free operation, with all the advantages obtained by using a face velocity based control system. 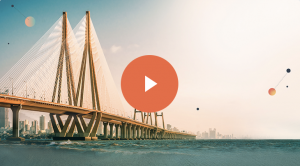